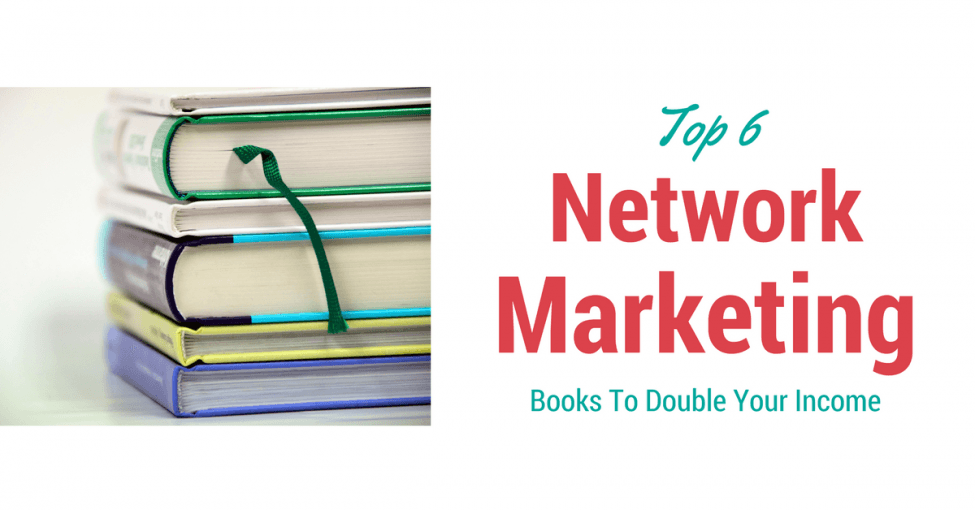 "Your team will only grow to the extend that you do!"

Heard that one before?

I truly believe in the statement because if you want to double your income, you need to inspire your team to grow personally and take more actions. But first, YOU need to grow.

So today I am going to share with you 6 of my must-read-list that would help double your income!

This book’s sold 16+ million copies for a reason (and not just because Carnegie was a master salesman).

How to Win Friends and Influence People is the comprehensive guide to coming across as friendly, personable, and warm.

The title is a little misleading, as it won’t teach you to make lifelong friends, or make you an “influencer.”

What it does teach is making excellent first impressions and striking up meaningful conversations with strangers, old pals, and potential customers alike.

If you still haven’t read this book, do yourself a favor and do so now!

Napoleon Hill spent over a decade studying the most successful people of his age and learning from them.

Then he took the knowledge he acquired and wrote the definitive book on becoming wealthy.

This is what makes the book incredibly valuable; it’s a chance to see how scores of self-made millionaires think.

Now, some people dispute the reliability of some of Hill’s claims, but whether Think and Grow Rich is 100% factual or not, it works.

“When defeat comes, accept it as a signal that your plans are not sound, rebuild those plans, and set sail once more toward your coveted goal.”— Napoleon Hill

Og Mandino is a legendary salesman and author whose books sold over 50 million copies worldwide.

In contrast to many of the pieces above, it’s written in a friendly, comforting tone.

If you’re not a fan of “hypey” motivational talk or too much “woo” in your info diet, this is a prudent choice for you.

Actor Matthew McConaughey credited this book with changing his life.

“Wealth, my son, should never be your goal in life. Your words are eloquent but they are mere words. True wealth is of the heart, not of the purse.”— Og Mandino

If you want to manage your time better, become more efficient in work and ultimately unclutter your life, there’s simply no better book.

Of course, this book isn’t just about getting organized and more effective.

It’s also about positive thinking and being proactive, with chapters like “think win-win” and “be proactive” – which makes it perfect for network marketers in-the-making.

“Start with the end in mind.”— Stephen Covey

This is the book that inspired many Americans to start planning their personal finances on a mass scale.

In a nutshell, Kiyosaki explained the same financial lessons that consistently wealthy families pass down through the generations (that the mass public has no clue about).

This was a first, because until then most people didn’t even realize that wealthy people did something differently to manage their estates – let alone that their results could be replicated.

Many people have come out and disputed some of Kiyosaki’s points over the years, but hey, there’s a reason he’s a success and most of his critics are not.

You’re guaranteed to think differently about assets and liabilities once you’ve read it.

“In school, we learn that mistakes are bad, and we are punished for making them. Yet, if you look at the way humans are designed to learn, we learn by making mistakes. We learn to walk by falling down. If we never fell down, we would never walk.”— Robert Kiyosaki

The list would not be complete without this book that revolutionized the network marketing industry.

Ferny wrote Attraction Marketing Formula at the age of 32 as a manual for his personal team, but within a few years this spiral-bound pamphlet became an 8-figure business, selling well over 200,000 copies.

We wouldn’t be here today without Magnetic Sponsoring, so if you haven’t given it a read recently, maybe it’s time to revisit this classic!

“The fastest way to get rich is to solve other people’s problems.”— Mike Dillard

What Awesome Books did I Forget about?

There are certainly books not on this list that YOU might classify as some of the best books for entrepreneurs, what are they?

Comment below and let me know which books are MUST-READS in your opinion.

Did This Help You? If so, I would greatly appreciate if you commented below and shared on Facebook