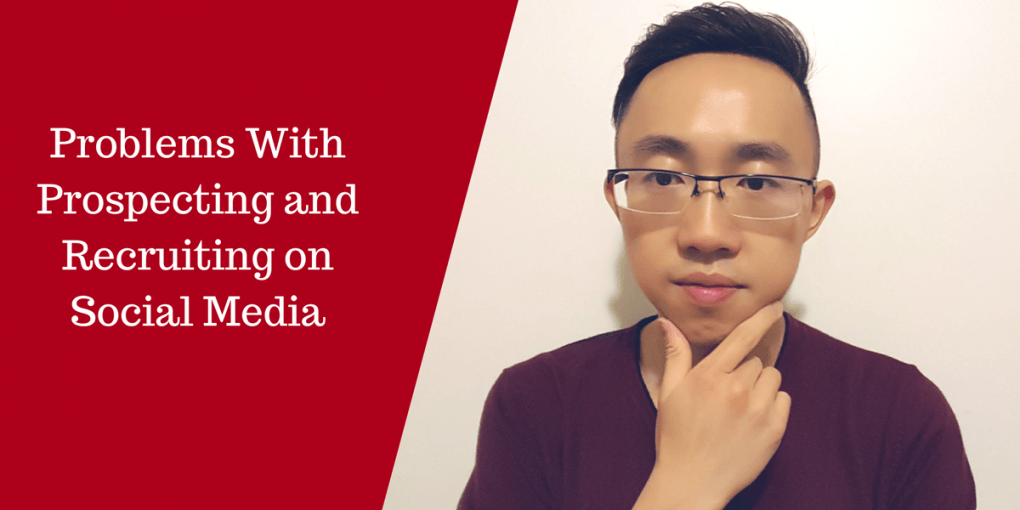 The Problem with Prospecting & Recruiting on Social Media

This December will mark 6 years (2010) since I entered the network marketing arena and my life took a crazy detour into the world of entrepreneurship, deep personal development and experiencing more negativity than any human should have to endure.

The good news is that my story in this industry has a happy ending.

I built a huge team across multiple states including New York, Connecticut, Massachusetts, Illinois, California, and more. My income from network marketing has also caught up to my salary from my full time software consulting job in Investment Banking. 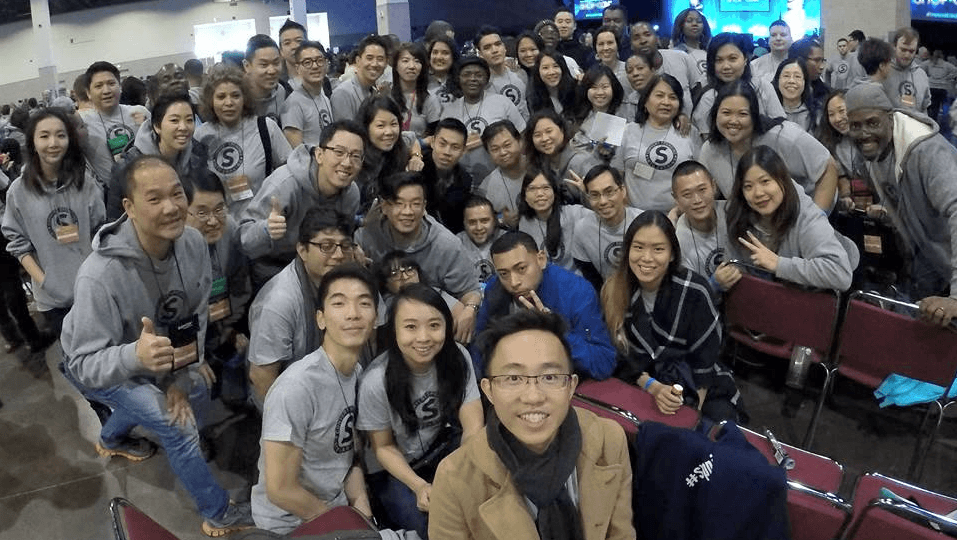 My journey however was not without many fumbles, embarrassing moments and more prospecting faux pas than I care to share and I hope my friends, family & strangers I attempted to prospect have long forgotten the things I did. LOL

But here’s a few, so you have an idea…

Have you ever invited friends over for some beers and very unsmoothly transitioned to showing the plan to a very angry audience? I have.

Have you ever tried to prospect your bartender, a few too many beers past ‘buzzed’ and have him respond with, “Is this Amway?” Doh! I have.

Here’s a good one… have you ever prospected a girl, while on a date as a “test,” because your upline told you that if a girl is not positive about your business, she’s not a keeper? Yep… didn’t turn out well.

And that’s about as much as I’ll reveal, because I’m starting to get really depressed remembering all this right now. Ha ha ha…

The point is, I’m about to cast some heavy stones at some networkers, but I just wanted to let ya’ll know that I’ve made mistakes too… but that doesn’t mean we should be going easy on those that are committing some MAJOR prospecting mistakes on Social Media and online.

In my day, my fumbles happened offline and there is thankfully no record.

I once heard that success in business is all about ‘time’ and ‘place’. As a professional marketer, I would add ‘message’ to the equation as well.

Unfortunately, network marketers today are being taught online prospecting methods, which include the wrong message, at the wrong time and most definitely in all the wrong places!

There is a VERY fine line between prospecting on social media and spamming people. I’m sorry to say that most network marketers have been turned into human spam bots by their upline and company leaders…

‘Disposable distributors’ tasked with the job of spreading the word about their company’s products or opportunity, at the expense of the individual’s reputation and risking the suspension of their social media accounts.

Just recently, I asked affiliates of my company to share examples of the WRONG WAY to prospect online, by sending me screenshots of the poor attempts at prospecting they receive every day…

The WRONG Way to Prospect and Recruit 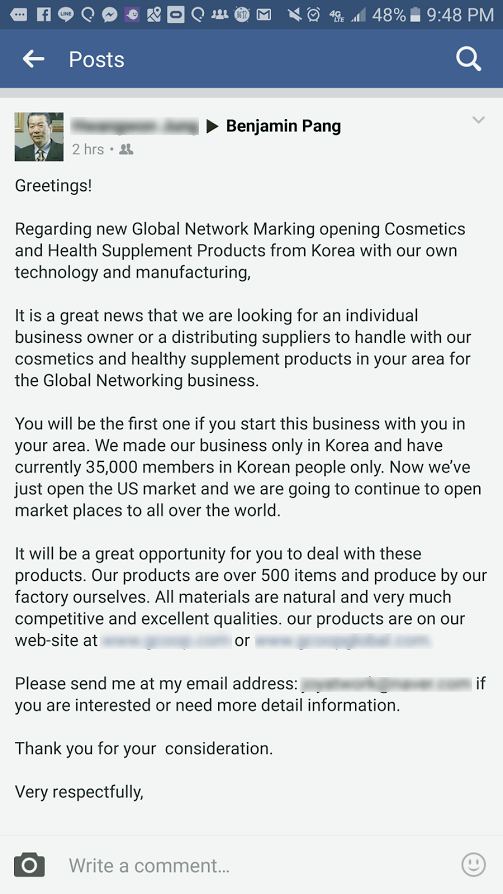 Successful entrepreneurs and networkers alike eventually learn the true secret to success and it becomes the foundation upon which their entire prospecting, recruiting and business building strategy is founded.

The screenshots above are weak prospecting attempts from people who haven’t yet figured out that building a business is not about tricking people or finding the right copy/paste FB messages to send to strangers.

It’s about actually caring about people, becoming a person of value and being someone uniquely positioned to help someone with their problems.

That last one is critical “uniquely positioned to help someone with their problems.”

Any idiot can copy and paste a message into the Private Message function on Facebook.

What sets you apart from the rest of the desperate reps hitting people’s inboxes with their new “ground floor” opportunities or cash programs?

Now this doesn’t mean, prospecting online doesn’t work. I know some very skilled recruiters who are excellent at online prospecting, but just like offline prospecting, they’ve devoted the time and effort to learn this very difficult skill and have mastered it. And if that’s the strategy you want to deploy, you need to do it right or else!

But if you’re still a little fuzzy on whether you are a spammer or not, here’s a guide of sorts…

Top 5 Warning Signs That Your Prospecting Efforts are Actually SPAM

1) You first private message to a stranger on social media includes a link to join your opportunity.

2) You get angry replies via private messaging and/or you have been reported as a spammer.

4) You compulsively want to talk about your company or products, without anyone asking you to share.

Finally… this one is the most important one…

5) You engage in interactions online, with a hidden agenda, hoping to transition the topic to something that would get people interested in your opportunity, without caring about knowing the other person.

This last one for me is a big one but could also be controversial.

After all, #5 is the very definition of prospecting (online or offline), which even when done right… can still feel awkward, result in people getting angry at you and very unleveraged, which is why I eventually decided to stop prospecting all together.

But here’s the interesting thing…

“When I Stopped Prospecting People, My Business Started Growing!”

I can’t tell you how relieved and at peace I felt, when I once again, was able to go out with my friends, visiting a family member’s home or be in a public place without having to think about prospecting anyone.

Just enjoying being normal again, was incredible, after two years of being taught by my upline that “everyone was a prospect” and approaching every conversation with a hidden agenda, I was free!

That’s because it wasn’t until I STOPPED prospecting, that my business actually started growing!

At this point, you may be asking, “then how the hell did your business grow?”

Well before I answer that, I have to say that there are people who are very skilled prospectors and recruiters who completely disregard the issues I mentioned above.

They knowingly and without shame, approach every interaction with a stranger as a prospecting opportunity.

Getting yelled at or cursed out by prospects is no big deal, as long as some people say ‘yes.’

And just like doing it right offline, there’s a way to successfully do it online as well. After learning and becoming very good at prospecting, I decided that I didn’t want to build my business this way.

The problem with prospecting in general, as it’s normally taught, is that the mindset going in, is still about what YOU want people to do and about manipulating people into doing what you want them to do.

In other words, it’s about YOU, not them. I didn’t like that, but I still did it for a little while… until I did find a better way.

The More Leveraged Alternative to 1-on-1 Prospecting, Which Won’t Make You Feel Like a Cheap Sales Man

Now, I am not trying to be high and mighty about all this prospecting stuff, because I’m not.

If it came down to feeding my family with ‘stone cold’ prospecting tactics or my kids starving, I choose stone cold prospecting every time, without remorse.

But the reason I was able to quit prospecting was because, with the help of some extraordinary mentors, I eventually discovered an online recruiting strategy, which…

Enabled me to recruit more people in 1 Day, than the most skilled recruiter in the world can do in 1 month I was able to passively generate leads, customers and new reps – even when I was out having fun with friends and family.

(Hence why I didn’t have to worry about prospecting them!)

Rather than spending hours spamming or private messaging people on social media, I learned how to legitimately get Facebook and other networks to actually help me attract the people who are most interested in what I have to offer, using their ads platform! (i.e. going legit!)

In fact, every day for almost 8 years now, I’ve awoken to an email inbox full of notifications for new leads, new customers, new team members and commissions I earned while sleeping!

This strategy is called ‘attraction marketing’, which is an internet marketing strategy designed for networkers and people in direct sales!

You see, if your business depends on you being on social media, sending private messages or commenting on people’s posts all day, you are NOT doing internet marketing… despite what you may have been led to believe.

Online prospecting and internet marketing are NOT the same thing!

Internet marketing is a passive strategy, which works, even when you are not.

If you want to learn how it works, I actually reveal the entire strategy I’ve used for the past 6 years, in a free 10-Day Online Recruiting Bootcamp available here.

You’ll also get more details about a book I wrote, which is goes into the nuts n’ bolts of my recruiting & selling formula.

Now if traditional prospecting online or offline is your thing and you want to stick to that, by all means, go for it.

(And they do ‘attraction marketing’ too!)

For me, there was simply a certain way I wanted to live my life and that was more important.

I would much rather make a ton of money in my business first and then have my friends and family beg me to tell them more about it it.

It’s much better than begging my friends and family to join a business which isn’t making any money.

Which would you prefer?

10 Simple Steps To Brand Yourself In Network Marketing

How To Use Online Strategies To Grow Your Network Marketing Business