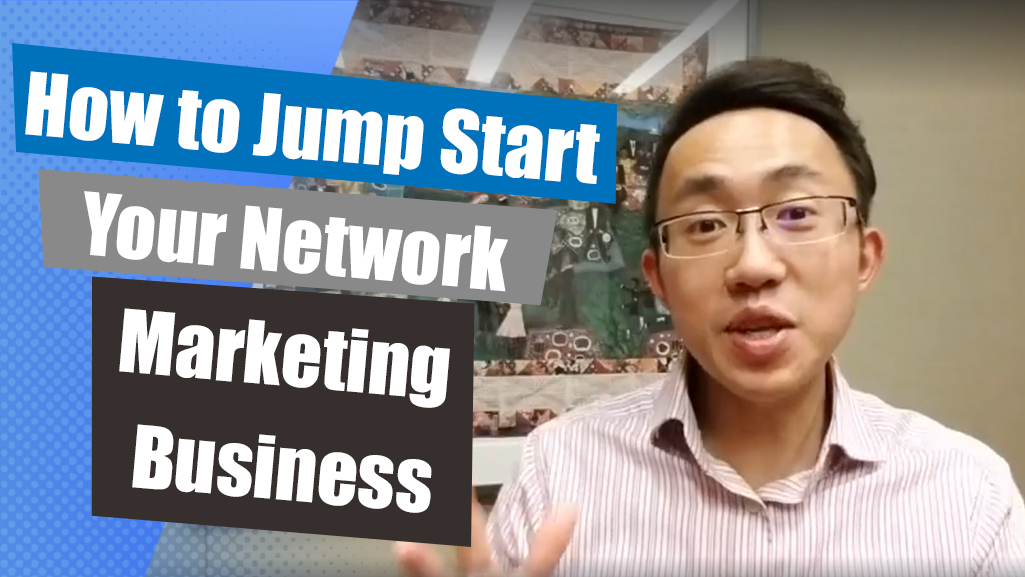 How to Jump Start Your Network Marketing Business In New Year

﻿How can you start your new year strong?

I'm going to talk about two things that I'm thankful for in 2017.

When it was the beginning of last year, we were setting goals, we were all excited, and literally a blink of an eye, the end of the year came.

And now we're looking at how much we have achieved!

There are a lot of things that happened last year that we need have proper closure on.

A lot of people still hang on to what they were experiencing in a past year and as they're moving in to the new year, they're not moving on.

They are actually being pulled by whatever happened in the past year.

Today we're going to talk about how you can start the new year strong and how you can actually start it by being thankful!

I have two things that I'm thankful for because I got engaged last year in May, so I'm super excited about my wedding this year.

And the second thing is I was able to really utilize what I've been preaching and teaching here...

If you want to work smart, definitely check out the training that I'm sharing.

You can learn how to recruit more reps using less time, without spending or wasting time, all this time prospecting!

How you can use the internet to attract quality people to your team!

I had 300 people, literally 300 people, sign up with my company and my team in the last month.

And the past month has been crazy, my business exploded!

Before you start setting goals for your new year you've go to have closure for your past year.

What do I mean by that?

If you are disappointed in what you have accomplished last year, you have to tell yourself, what happened.... happened.

If you're disappointed, meaning something worked but most of the stuff that you have done has not helped you achieve your goal.

You want to take what you have learned for that past year and you want to write it down.

What you have done that didn't help you achieve your goals, you want to write them down and not do them again this year.

If you have achieved your goals for the past year, you want to write down the stuff that you've done that contributed to your success.

Then you want to repeat them and not get sidetracked and say, "Oh, let me try something totally new" and hopefully you're going to get double the results.

You always want to keep doing whatever works and add on stuff that you want to help you take to the next level.

If you are emotionally attached to your result for last year, you want to realize that you are the one that's actually creating a picture of disappointment, of failure, for yourself.

What happened last year doesn't determine what you're going to achieve this year.

Quit telling yourself that you were a failure last year, you're so disappointed, you have set a goal to jump two different ranks and you haven't done it.

Stop telling yourself that you failed.

I'm going to share with you in the video below a tip on setting goals for the new year so that you can actually start it strong.

Keep reading below to learn more about the tips shared in the video and how to use them!

A lot of people start writing down their resolution, their new year goals, but they forget that for human beings we are very short sighted.

We have a short life span for excitement.

We are so excited at the beginning of the year to lose weight, to do this and do that, and after a couple of weeks, after a month, we forgot all those.

If you know what SMART goal is I'm going to change it a little bit and actually make it work for you.

Actually make it work so that when you set this goal you will be able to achieve it by the date that you have set.

I'm sure a lot of you know it.

Let me give you an example -- "I'm going to lose a couple pounds this year."

This is definitely not a SMART goal because it's not specific.

It's not measurable because you didn't tell how many pounds you want to lose.

It's not reasonable because you haven't even set a fixed number of pounds you want to lose.

This is a SMART goal because it's specific, measurable, actionable, reasonable, and it's time bound.

A lot of people set their goals with a time towards the end of the year.

Meaning, you want to lose 30 or 40 pounds by December but the thing is that you would probably forget your goals by the end of January.

I'm encouraging you to do is modify your SMART goals such that it becomes an S SMART goals.

What does it mean by simple?

Simple meaning you want to read it and feel like you can actually accomplish it.

If you write you want to lose 50 pounds by the end of the year. 50 pounds, first of all, it's a big number.

And at the end of the year again, you don't want to set a time so far out that you forgot about it.

How do you make it simple?

First, you want to adjust your time. You want to always keep it like a monthly goal.

It has to be a short term goal because that's how human beings work.

You want to go to the gym to work out every Monday and Wednesday and you want to lose 10 pounds by January 31st of 2018.

By saying that, immediately your brain is associating your achievement with the action because now it's so easy to achieve.

Your brain can actually understand how it will work out.

You will go to the gym, work out every Monday and Wednesday, and at the end of the month you will lose 10 pounds. And that's pretty much it! By saying just losing 10 pounds.

But, that's not actionable.

You want to make sure it's simple meaning because you just go into the gym, work out, but you will actually want to put like one hour also.

You want to work out every Monday and Wednesday for an hour until the end of January to lose 10 pounds.

That's simple, specific, measurable- You either go to the gym, workout for an hour, or not.

It's actionable because when you say you're going to go to the gym, workout for an hour, it's not some arbitrary concept.

It's reasonable, it's Monday and Wednesday. Make it reasonable to you.

And time bound, of course, I set a date for end of January.

You Can Apply This to Your Business!

If you want to apply that to your business, it will work exactly the same.

You want to make two calls every single day to reach out to new contacts so that you can recruit 10 new members or 5 new members by the end of January.

Your task is basically very specific, measurable, and it's actionable!

You just reach out to two new people every single day and talk to them about your business until the end of the month so that you can recruit five team members.

BUT, you've got to make sure it's a shorter term for your goal.​

Setting a long term goal "you want to retire your parents or you want to buy a million dollar house" is a wow, but it's not going to happen because there are no steps in between.

It's so far out; you're still earning maybe a couple hundred bucks every month from your business.

And getting a million dollar house, means you need to have a lot more commission, a much higher rank in your company.

You want to start out with a short term goal and it's so realistic, reasonable, and actionable that when you keep doing it it will reach your long term goal.

Whatever you are looking at every single day, or whatever you're focusing on, is actually your short term goal that you have set.

That's how you set a goal that you can actually accomplish and start your year strong for your new year.

And it's called the S SMART goals.

A lot of people have been doing it repeatedly and they've been failing repeatedly.

When you start doing it over and over time you realize that you got to make your SMART goals simple, and that's why you need to have the S SMART goals.

As a bonus, I included a free training in the post on how I recruited 300 members!

300 plus members in just the past month, in one month.

Until I learned how to bring my business online.

Use S SMART Goals to Leverage Your Business

Once you learn how to actually bring your business online and leverage Facebook and social media, getting people into your team is actually a no brainer!

And if you are still going, spending hours going to home parties or meeting someone belly to belly for a coffee meeting, you want to look into how you can leverage your time more.

If your time is all spent on traveling and meeting people one on one that's not a good leverage of time.

In network marketing, we always talk about time leverage and you put some leverage into your prospecting, not just your income when you have a team.

Before you build a team, you got to leverage your effort even when you are prospecting, and generating leads, and getting people into your team.

That's how you can duplicate it easier and so people won't come to you and say, "Oh, this is such not a part time business. I'm so burnt out."

The strategies that I'm going to teach you in this training will prevent you from overwhelming your new partners, will help you to actually duplicate faster in your company.

Definitely share with your team about the S SMART goals!

Have a couple things to be thankful about so that you can close out the year with gratitude.

Have closure to whatever disappointment or excitement you had because now you're starting a new year, you need to start fresh!

You want to keep the momentum going with the S SMART goals that I just taught you.

Is this helpful? Now you know how to reset this year and every year!

Hope to see you in the next training, and have a good day!

PS. Looking for advice on building a personal brand? Click here ﻿to chat with me! =)

#1 Thing to do After New Reps Signup